A community member who has ties to the college and has been watching this debate closely provided this information.  Some of it has information from our website, some is new or good insight.

The first item is dynamite.  It really is.  Our community has a higher income without a community college than Twin Falls area has.  We don't have a college, they do.

We also like the fact that EITC has, over the years, offered customized training for local businesses.  They have done this without being a community college.

Here is the submission:

Truth:  A community college may not do much for average incomes, in fact, comparing Idaho Falls with Twin Falls, we have an average income of $44K, and they average $41K.  We don't want to reduce our average income like those near CSI!

Claim:  Cities with a community college gets an economic bump.

Truth:  That didn't happen with Twin Falls, so why are we to believe it will happen here.  The short summary shows that Twin Falls average income has followed exactly the same course as Idaho Falls in 1960 (both before and after CSI was started in 1963) and 1970 and 1980.  There was no economic boom following CSI.   Although the average income experienced a slightly larger than average growth between 60 and 70, Idaho Falls experienced a correlated larger then average growth indicating  that this had zero to do with CSI.  In fact IF actually grew slightly more then TF that decade.  The fact is CSI has not had a measurable impact on the economy of Twin Falls relative to Idaho Falls.

Their Claim:  The conversion to a College will only cost $15 per 100K in taxable value, or $13 for an average home.

Truth:  One study estimated a proposed and non-binding community college budget that would cost taxpayers about $15 per $100 k in taxable value.  However, the first real and binding budget will be figured and approved by an appointed board.  These appointed people can start the first year budget anywhere they please, up to $125 per year in new taxes per $100K in value, or about $110 per year for the average homeowner.  For an owner of a building valued at $1 million, that would be a new tax up to $1250.00 per year.  $13 is a non-binding empty political promise.  We can look at other areas like CSI’s taxing district to get the real cost of running a college, and those taxpayers pay $98 per year per 100K in taxable value.

Their Claim:  Twin Falls taxes are higher because they have to build buildings and we don’t.

Truth: Twin Falls county residents pay $98 per year, and the CSI 2016 budget showed zero money going to build buildings are they are all paid for (Larry Check this!)

Their Claim: A change to a community college will generate $66 million in economic growth and 900 new jobs.

Their Claim:  The College will be able to offer specialized training that local industry wants

Truth:  EITC can do that right now!

Their Claim:  A community college will grow to 4000 students!

Truth:  We have a community college with over 40 classes at the CSI-Idaho Fall campus, and they can not fill most of the offerings right now.   CSI enrollment in Twin Falls is down 6% .

Truth:  Funny, they don’t have a community college in Pocatello, and we have an extension of ISU right here that could be used to offer the same opportunities.

Their Claim:  Everyone wants the college, and look at all the groups that are supporting it!

Truth:  Most groups were approached months ago and were not told the complete truth or heard our side.  Of all the groups to invite both sides, 100% of them oppose the college!!!

Their Claim:  We are missing out on getting rich when our young adults go elsewhere to community colleges.

Truth:  It’s a low quantity, and those that go out of the area for community colleges probably don’t bring more in than what they take.  Example: CSI, that community does not have higher salaries or a more robust economy than we have.

Their Claim:  A community college can do so much more than EITC

Truth:  Give specifics besides paying their staff more, such as the President going from a salary of $120,000 each year to $160,000 a year?  The “benefits” they claim are generalities and over promises.  Soon they will be telling us having a community college will make us all afford mansions, sports cars, and month vacations on the French Rivera!  The college might even make our children and grandchildren better looking than average, and smarter than their peers.  It might even cure cancer, prevent warts, and keep every marriage together. 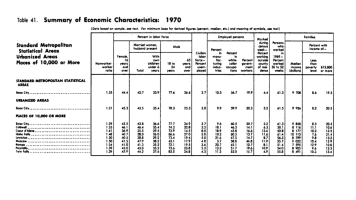 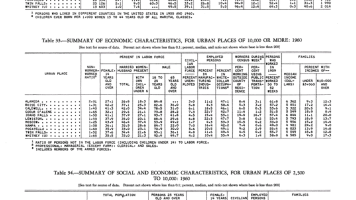 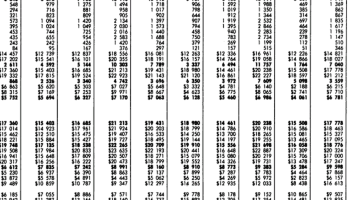